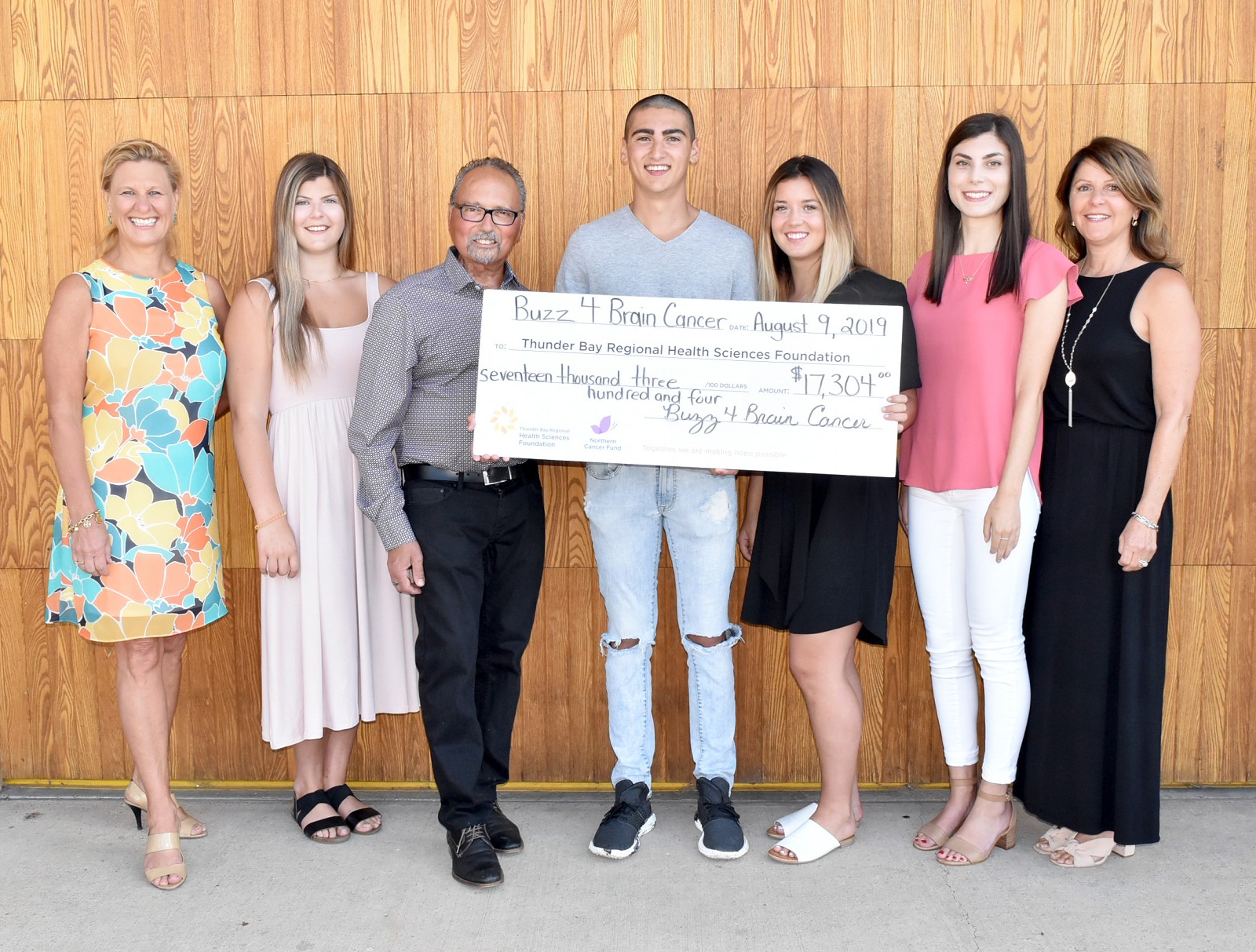 Event Raises $17,304 for Northern Cancer Fund in His Memory

Always known as someone who loved to have fun, Chris Hacio would have been proud to join his family at Buzz 4 Brain Cancer – a memorial fundraising event held at the Sleeping Giant Brewing Company on July 24.

The room was packed with friends, family, colleagues and neighbours, all of whom gathered to remember Chris and provide monetary support to the Northern Cancer Fund; specifically to the Head and Neck Cancer Treatment Room at the Thunder Bay Regional Health Sciences Centre.

Andrea Hacio, one of Chris’s daughters explained, “My Dad was diagnosed with brain cancer last year in October, and passed away in February of this year. During that time, he received treatment at Princess Margaret Cancer Centre in Toronto, but in January, he returned back to the Hospital in Thunder Bay. The care he received here – everyone was just amazing,” she said.

Andrea and her two older sisters, Melissa and Amanda, initially created the fundraiser, Beanies 4 Brain Cancer, for the Gerry & Nancy Pencer Brain Tumour Centre at Princess Margaret Cancer Centre in Toronto, where their dad first received treatment. They sold beanies, and now caps for the summer, with the goal of helping fund clinical trials.

“Our dad was still alive when we started Beanies 4 Brain Cancer, and he was so grateful that we were giving back, especially since he participated in a clinical trial himself,” Andrea said. “After he passed away, we always knew we wanted to raise money for the Regional, but we just weren’t sure what it was going to look like. It was actually our cousin, Josh Stovel, who volunteered to have all 16 inches of his hair cut to raise money.”

“In the end, the Buzz 4 Brain Cancer idea took shape and, in just over a month, we managed to pull the event together, which still seems a bit unreal,” she said. “We are forever grateful to Josh for his idea and the support we received from our family members, Kelly and Neave Badanai, and Michael Muia from Michael’s Hair Design + Day Spa, in helping us organize this event so quickly and taking it to the next level!”

“Before the event itself, we set up an online page where people could make donations, with the top donor getting to choose Josh’s haircut at the event,” said Andrea. “It ended up being a team of Josh’s friends who were the top donors at $1,000! Michael Muia worked so hard all night, not only cutting off Josh’s hair, but he did a ton of other haircuts that night, with all of the money going to the Northern Cancer Fund.”

The evening itself had a turnout of over 300 people and funds were raised thanks to the generosity of sponsors in providing items for a silent auction, as well as from the sale of beanies and caps. Altogether, the event raised $17,304 for the Northern Cancer Fund, with an additional $5,000 going to the Princess Margaret Cancer Centre.

“Our Dad would have been so proud of this,” smiled Andrea. “He spent just over a month here at the Hospital, it was the best place for him, and the staff here were awesome.  They took such great care of our dad and provided our family with such support. We are thrilled that this event received the support it did. It helps us remember our Dad in such a positive light as he was all about giving back.  It is also comforting to know that we’ll be able to help others through the funds that were raised.”