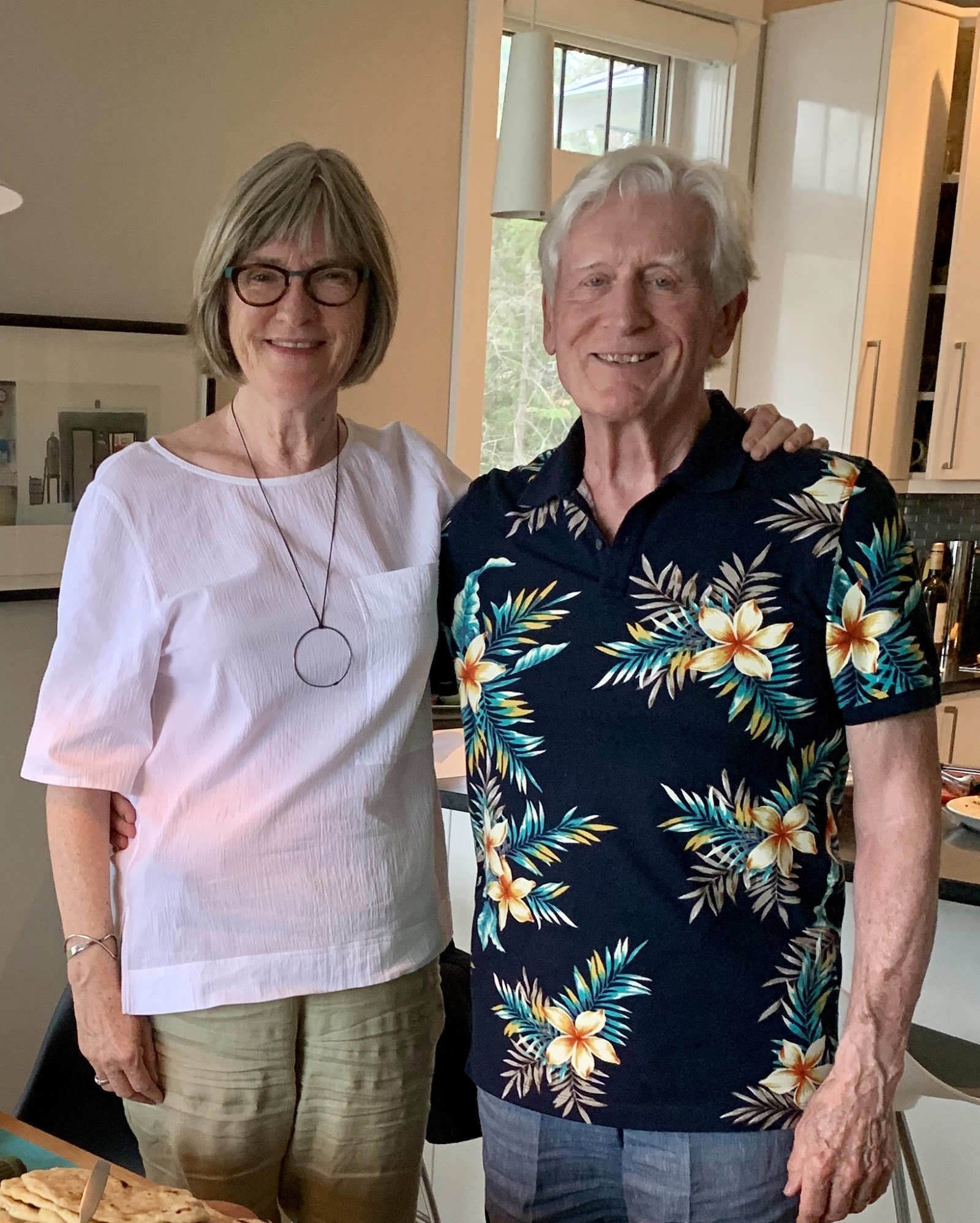 Rod Morrison (right), recipient of quintuple bypass surgery, with his wife Lesley Bell. Keep families together and support local access to cardiovascular surgery by making your donation at OurHeartsAtHome.ca/OurTime or by calling (807) 345-4673.

Have you always thought that some things only happen to other people, until they happen to you?

That’s how it felt when I was told I needed cardiac bypass surgery urgently and that I needed to be ready to travel over 1,500 kilometers away on a moment’s notice. It’s one thing to need life-saving surgery. It’s another thing to be told you can’t have it where you live.

It was 2014. I had recently moved from Southern Ontario to Thunder Bay and was enjoying life in Northwestern Ontario. With an extensive family history of heart disease, and as I was nearing retirement, I wanted to learn more about my own heart health.

I had no symptoms - no chest pain, no shortness of breath, no back or arm pain. Nothing to suggest I had heart disease. To put my mind at ease, I saw my family doctor and then a cardiologist, Dr. Mark Henderson. He ordered a CT scan looking at calcium levels. The results were disastrous –  94% of men had better results than me.

It was then I knew something was very wrong.

Immediately I was sent for an angiogram and then given the bad news. I needed quadruple bypass surgery and I needed it now. But now wasn’t an option as cardiac bypass surgery wasn’t available in Thunder Bay (and still isn’t, I should add).

At that point you just sort of function in survival mode. My wife Lesley and I got on a plane to Toronto and made our way to Hamilton, where my surgery was to be performed.

Let me tell you, travel can be stressful at the best of times. It’s a thousand times worse when you don’t know if you’ll survive the trip.

I had my surgery on a Thursday morning, and the result was that the surgeon had to perform a quintuple bypass. Remember, I had no prior symptoms indicating anything was wrong. There’s a reason heart disease is often called the silent killer.

As tough as it was to be the patient, I think it was even harder for Lesley. She had no one with her while I was in the Hospital to support her. And then, when it came time for my discharge, it was completely up to her to make all the necessary travel arrangements to get us home.

The trip home was exhausting. It was something I would never wish upon anyone. I was discharged from the Hospital at 11:00 a.m. and I had to sit in a stiff, uncomfortable chair for several hours while waiting for our cab, which would take us from Hamilton to the Toronto Airport. Once in the cab, it was a long drive. I hadn’t been out of bed much in the past week, but was now expected to manage over half a day’s worth of travel.

At the airport we were well taken care of and our flight home, thankfully, was smooth. But we didn’t get home until after 8:00 p.m – nine hours after I was discharged. We both collapsed into bed. The whole trip home was one I could not have managed on my own. No one who’s recently had cardiac bypass surgery should have to go through this ordeal.

Currently, Thunder Bay is the only major city in Ontario where access to cardiac surgery is a day’s drive away or more. I want anyone who needs this surgery to be assured that they can have it here in Thunder Bay – close to home, where they can best be supported.

It’s our time to bring this life-saving surgery home. Lesley and I have already made a donation to the Our Hearts At Home Campaign to ensure we can have cardiac surgery here locally.

I’m asking you to join us in making your donation to bring this life-saving care to Northwestern Ontario, during this holiday season.

It’s time to keep our hearts at home.