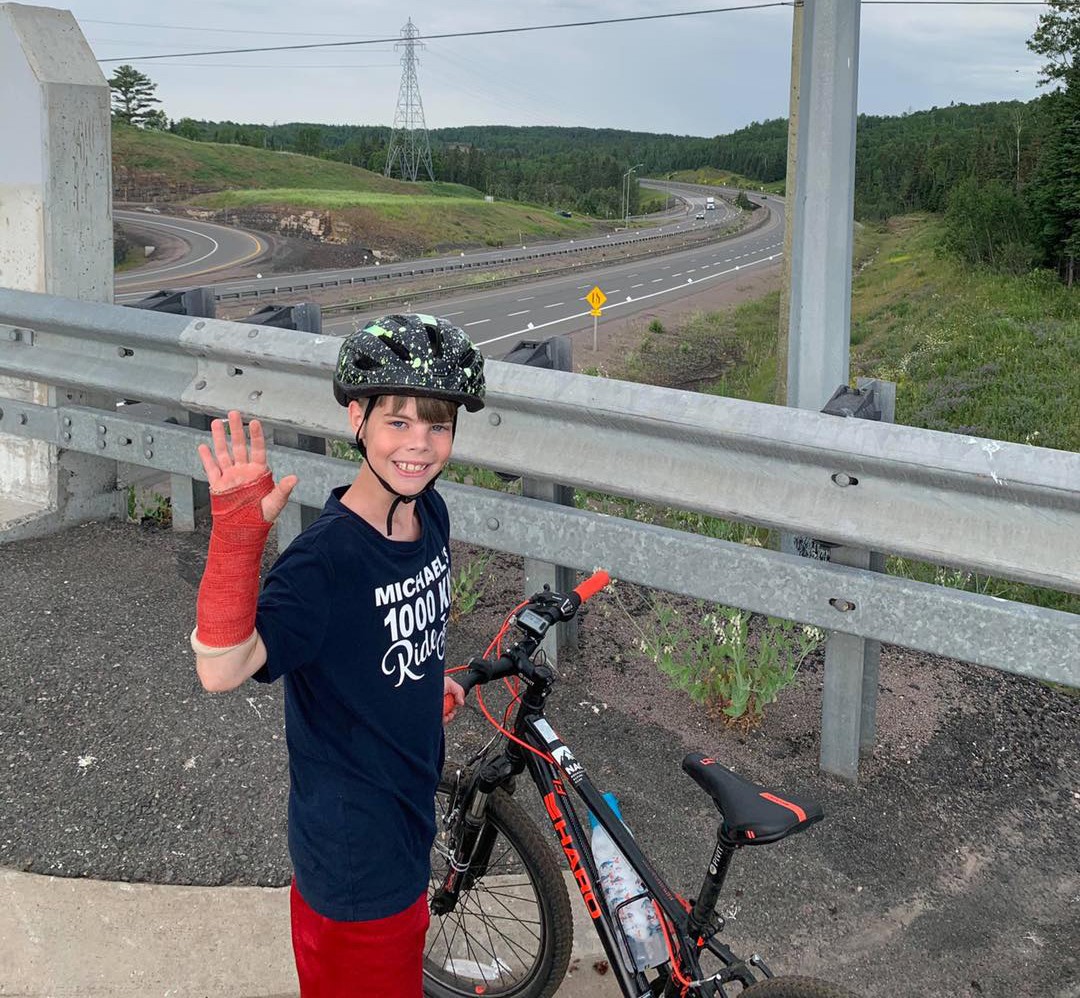 Michael Vita, a 9-year old boy from Thunder Bay, began his cycling journey of 1,000 km back on May 1, 2020. His goal is to complete the total distance by September 1, all while raising money for the Thunder Bay Regional Health Sciences Foundation’s Area of Highest Need.

His ride was going exceptionally well; in fact, he was ahead of schedule when his Ride abruptly came to a halt in early June. “I broke my arm while cycling on June 8 and couldn’t ride for several weeks,” Michael said. It was a big blow for the youngster, however, the support and well wishes he received from people across the community kept him motivated. He was generously offered the use of an indoor bike trainer which he used to keep his legs strong. It provided a fun environment to keep ‘biking’ and he greatly enjoyed watching some biking videos, especially those of mountain biking in Whistler. No kilometers were recorded on his indoor rides and he was overjoyed when he received the go-ahead to get back biking outside (all the while still in a cast).

“Pretty much as soon as I got home from the Fracture Clinic on June 25, me, my Dad and my sister biked to my Nonna’s house,” he said. “Then I did a shorter ride of 14 km on Friday and then on Saturday my Dad and I did an epic ride out to my friend’s house on Lakeshore Drive. Our round trip was 45.3 km – my longest ride yet!”

Altogether, halfway through the ride, at the end of the day on June 30, Michael had biked 457.4 km, putting him just 38 km behind where he should be at this time on the ride. “My parents helped me put together a spreadsheet where I enter my kilometers each day and then it automatically calculates my total and shows me if I’m ahead or behind based on the date. We also colour coded it so it shows green if I’m on target or red if I’m behind. I’ve learned about entering formulas and conditional formatting, which is pretty cool.”

Supporting Michael over the past two months are 84 generous donors who’ve given a combined total of $5,650 so far. “I want to say thank you to everyone who has cheered me on and believed in me, especially after I broke my arm. I’m determined to keep biking and hit my goal because so many people have donated and I want to be sure we can raise as much as possible to help people get better at the Hospital.”

Right: Michael enjoying some time off from riding while his arm healed. He's now back on the bike, riding with his cast, and determined to get back on track to reach his goal of 1,000 km by Sept 1. 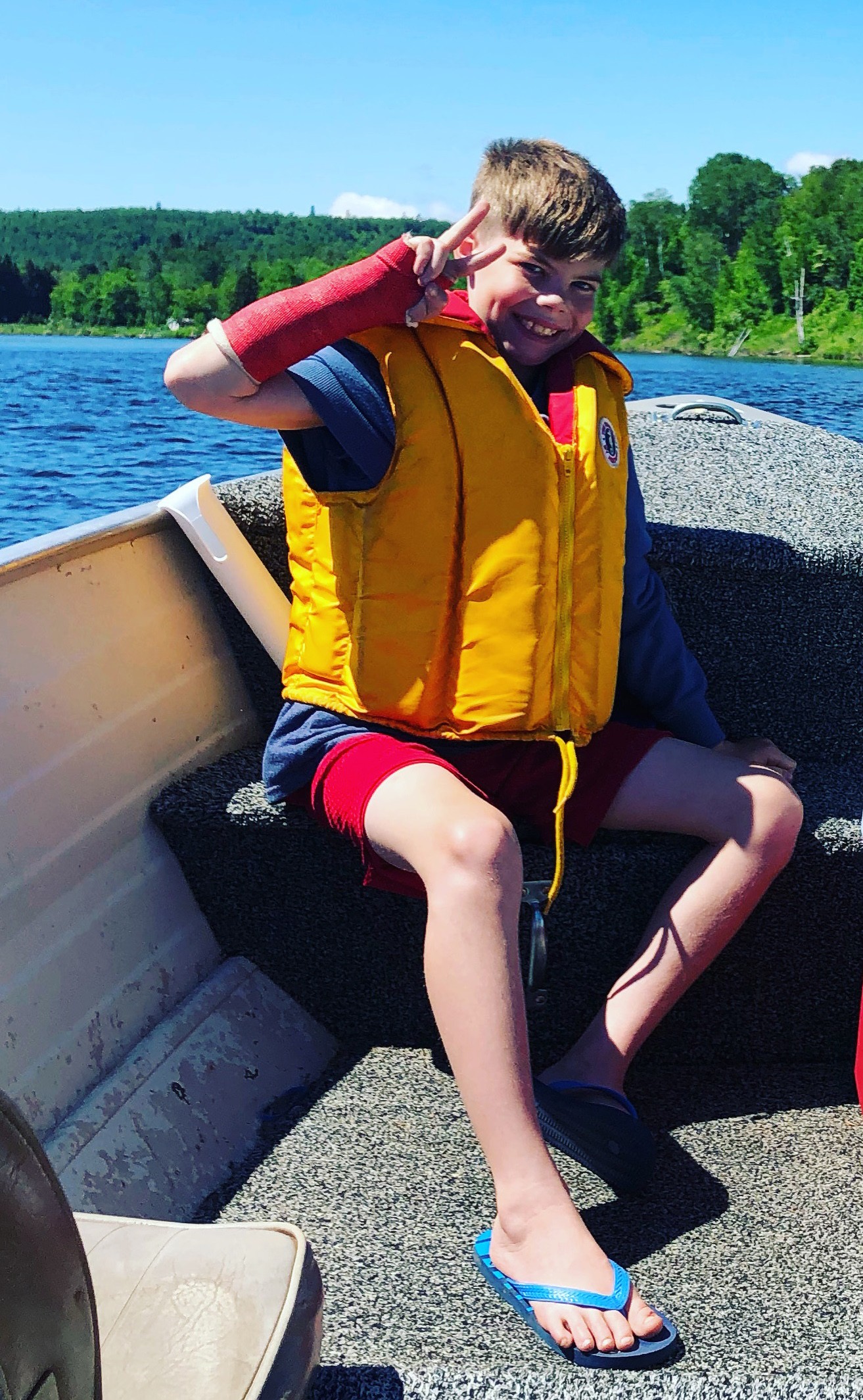