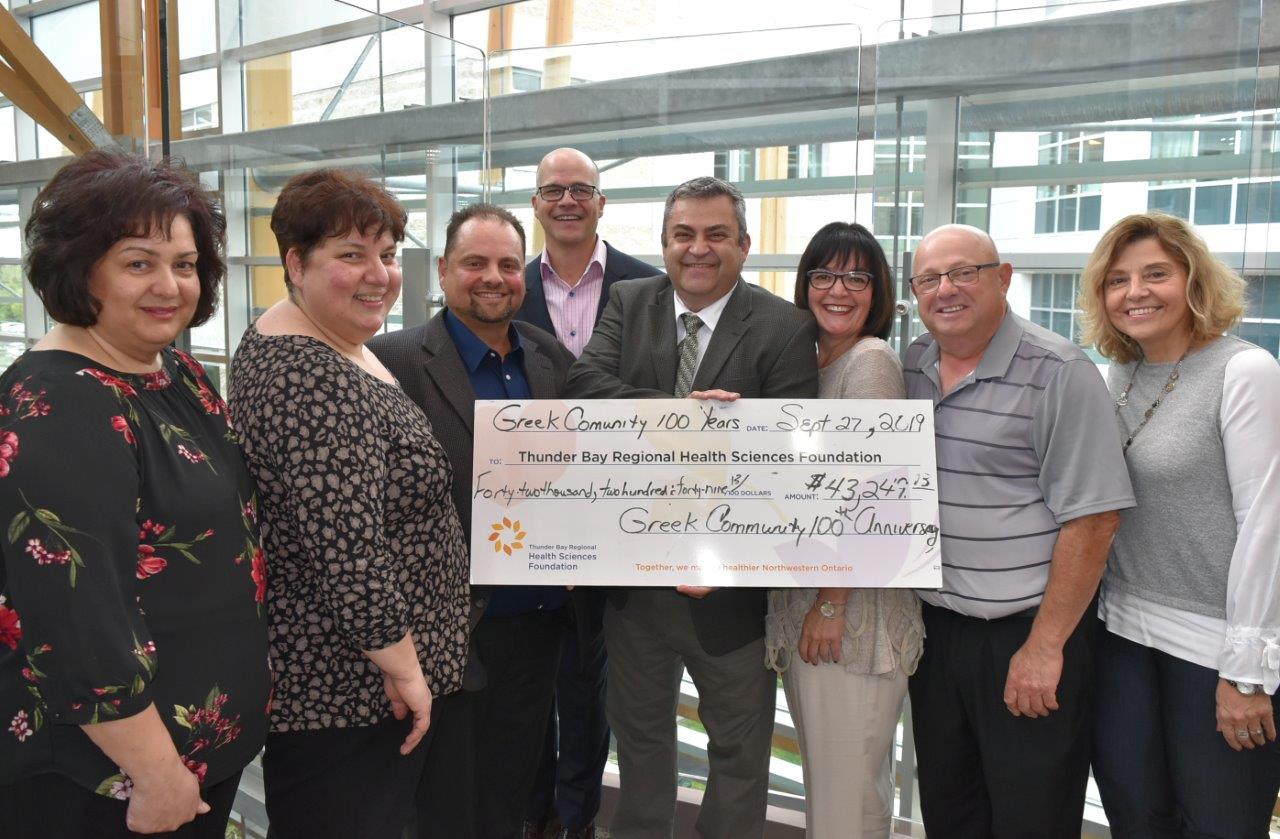 The Greek Community of Thunder Bay Centennial Gala Celebration raised over $43,000 in support of emergency mental health services. The event included breaking plates to “smash the stigma” of mental health.

Plate breaking is a well-known Greek tradition, though it isn’t actually done much these days. But it made a comeback in a huge way at the Greek Community of Thunder Bay Centennial Gala Celebration in support of mental health services. This time, there was a new twist to an old custom.

“We adapted the tradition to suit the theme of the evening: break a plate and help smash the stigma of mental health,” said Maria Mellas, who spoke on behalf of the Greek Centennial Committee. “We smashed 500 plates that night.”

As the name suggests, the gala celebrated 100 years of the Greek community living in Thunder Bay.

“Thunder Bay and the towns of Fort William and Port Arthur before it were always good to the Greek community here,” Mellas said. “To celebrate the centennial, we wanted to give back to the city.”

“We chose to raise money for mental health because we have a higher rate of mental health issues in Thunder Bay and the region,” she said.

The celebrations at the Victoria Inn featured Greek music, traditional folk dancers from Minneapolis, and authentic Greek food, desserts, and beverages. More than 400 people attended the event, which raised over $43,000 for mental health services at the Thunder Bay Regional Health Sciences Centre.

Dr. Peter Voros, Executive Vice President of Inpatient Care Programs, said that the money will be used to build a new emergency space to help people who are in mental health crisis.

“We are incredibly grateful to the Greek community for its generous donation to mental health at the Hospital. All residents of Northwestern Ontario will benefit,” Dr. Voros said. “This donation will help us reach our goal of providing equipment and our local portion of construction costs for this much-needed service. To the Greek community: eυχαριστ? πολ? (thank you very much)!”

Mellas said the Greek Centennial Committee worked hard to make the event  a success. They couldn’t have done it without the whole Greek community coming together as well as the event sponsors, she said.

“We’re very thankful for our sponsors in Thunder Bay,” Mellas said. “It was a wonderful partnership with these local businesses to support local mental health services.”